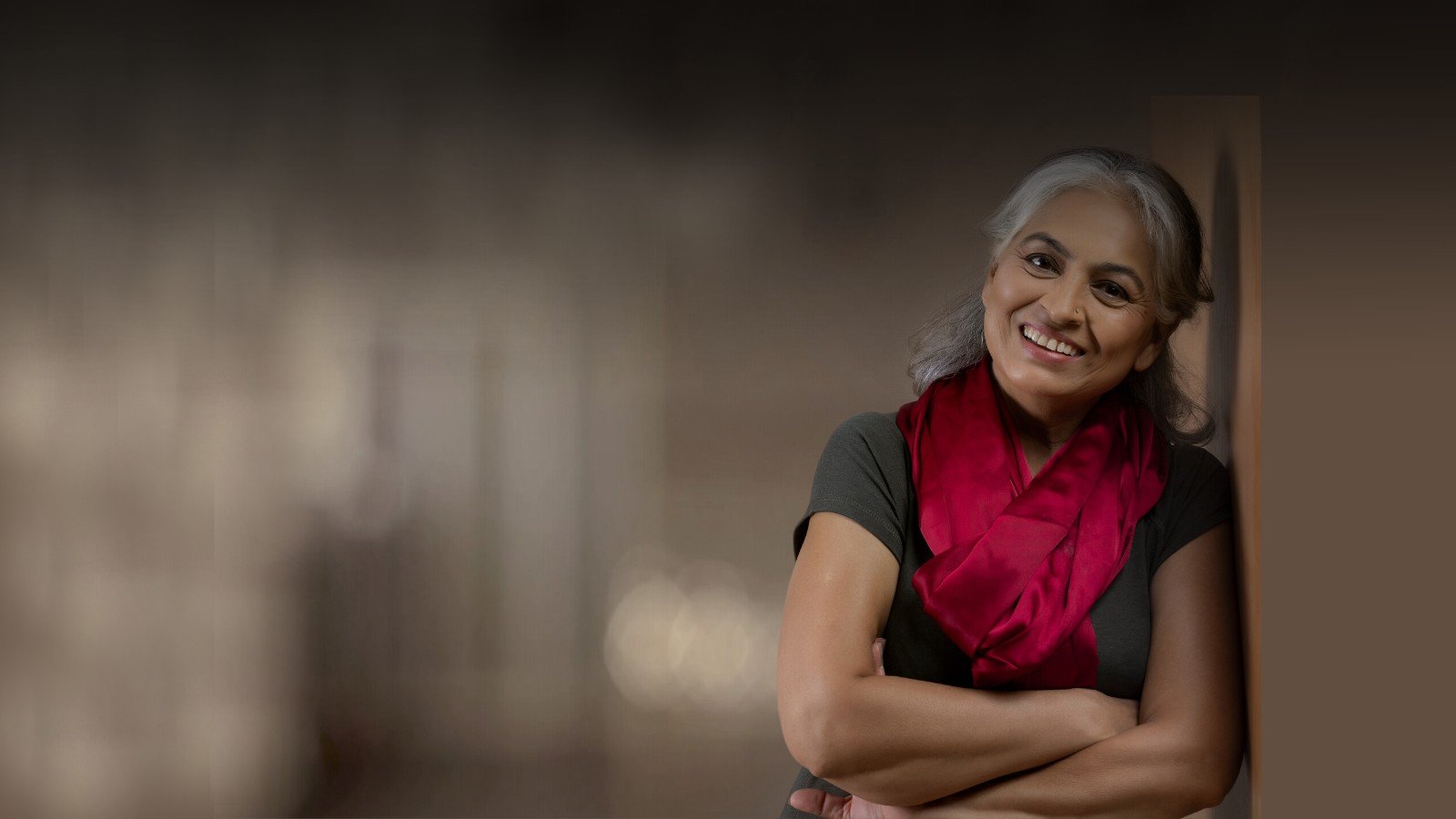 Signing up for INSEAD’s Executive Master in Change (EMC) means taking an 18-month deep dive into the drivers of human behaviour and the hidden dynamics of organisations. But while participants know they’ll be gaining tools and techniques with the potential to transform their performance, how best can these be put into practice once they return to work?

We asked four alumni to share their views on the professional impact they have been able to make since taking part in the EMC. 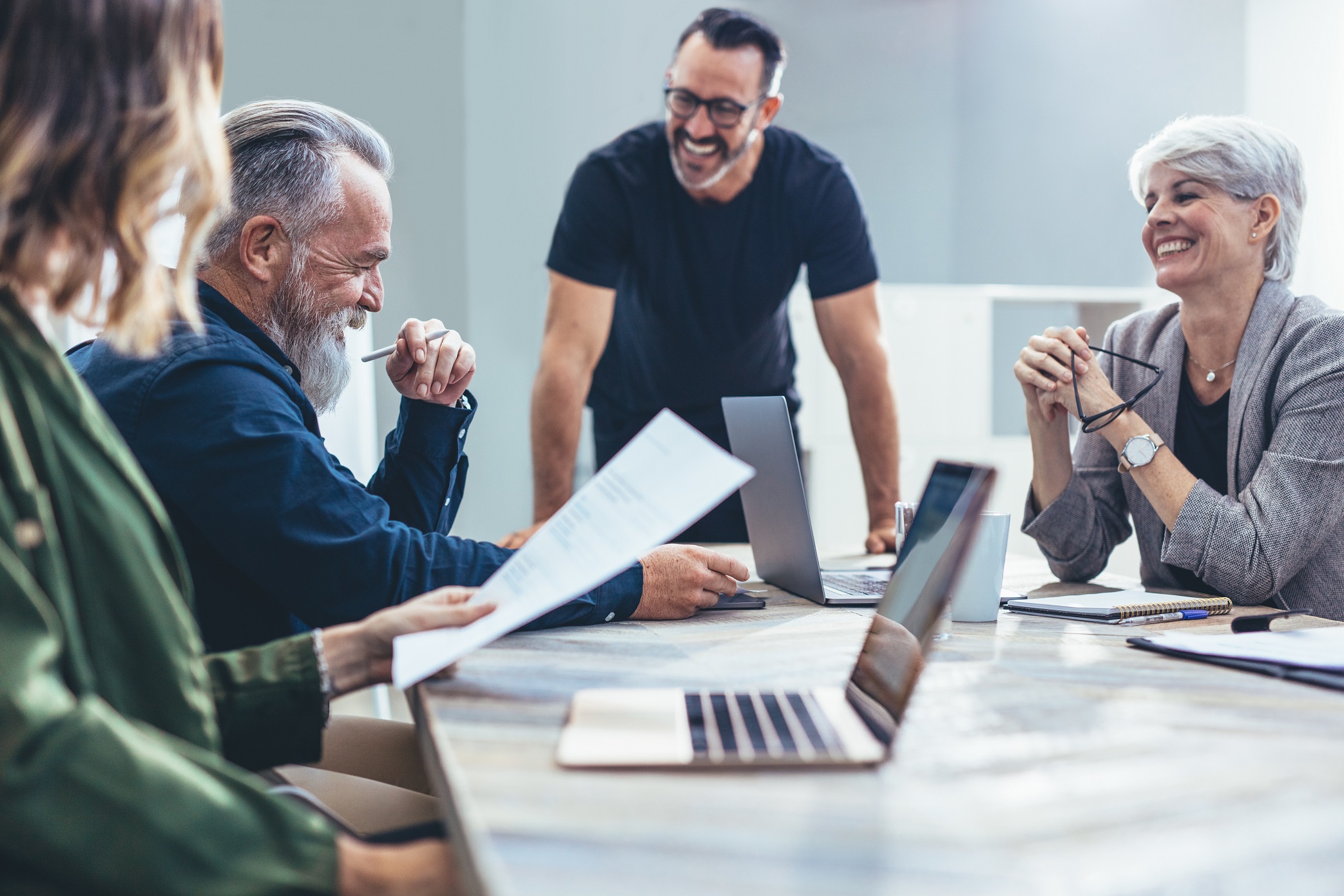 By exploring behavioural dynamics, the EMC programme considers how leaders can enhance how they deal with challenging business situations. That might mean adapting more rapidly to changing contexts or considering innovative alternatives to familiar approaches.

EMC’20 alum Oliver Schiltz is Managing Partner at Heidrick & Struggles Switzerland, a worldwide leadership search and advisory firm that specialises in C-level and board level positions.

“An important part of my job is helping my firm win contracts to fill senior positions in a highly competitive landscape,” he says. “Recently, a company wanted to fill a substantial number of senior leadership positions in a short timeframe. When I arrived for the pitch, I decided to put some of my EMC tools into action and forgo my usual approach.”

Instead of reaching into his briefcase for the thumb drive containing the slide deck presentation he had prepared, Schiltz asked for a whiteboard pen.

“I read the signs in the room, and I took a risk.”

“I drew a series of diagrams on a board to creatively show how my firm could help the company with their build-out. The clients loved that more creative, less traditional approach and engaged with it straight away. We had a great discussion, and I went on to win the contract,” he says.

What made the difference? “The EMC has helped me become more reflective about my behaviour and adapt the way I behave in competitive situations,” Schiltz says. “I’ve realised, for instance, that it pays off to use my observation skills to understand how the players in the room interact, and then have the confidence that I can adapt my way through to a successful outcome.” 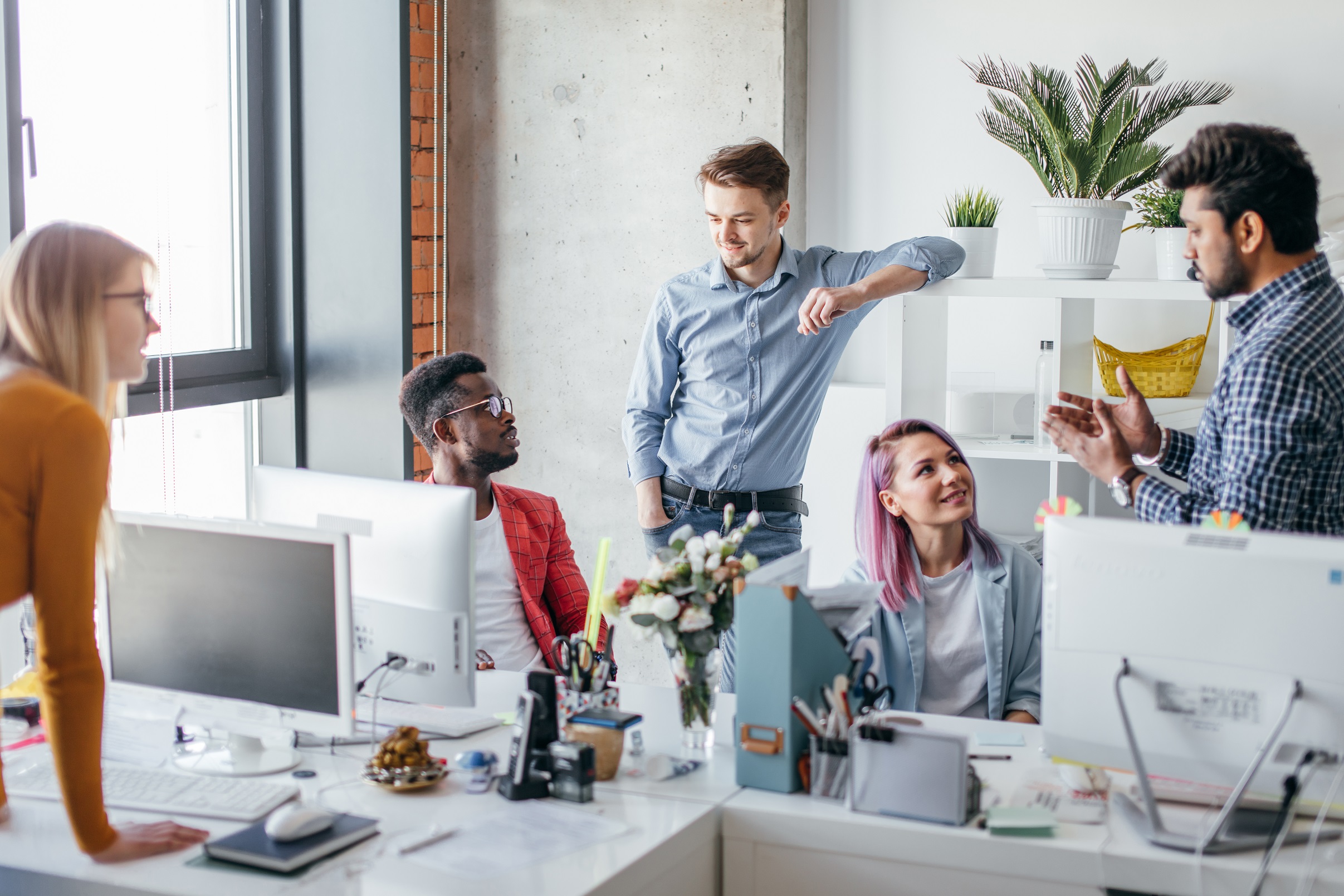 Seeking to harness disruption and thrive in the midst of change is a hallmark of the startup approach. By embracing continuous innovation and fast experimentation, such companies aim to quickly pivot into new markets and accelerate growth.

Human Resources (HR) leader and EMC’20 alumna Helene Grimm has spent much of her career in a startup environment.

“Along with recruiting and retention, my role as head of HR typically involves helping to build an agile business culture,” she says.

Ensuring that teams have what they need to stay productive and happy during times of dynamic growth is key.

In a previous role, I saw my company rapidly scale from 110 people to over 300. In such situations, the sheer velocity of change can seem overwhelming. I signed up for the EMC to help me become more effective at dealing with that.”

Grimm believes that the EMC’s emphasis on understanding team dynamics, amongst other things, has helped her become more confident in her role. “Startups are often run by a small team working closely together, so their passions and personalities are a big part of the culture,” she says.

“And while embracing innovation requires an open and collaborative environment, some people can find it challenging to work that way.  By increasing my insight into the underlying dynamics that drive teams, I’ve learned more about what it takes to change behaviours and build a positive culture — when to persist and when it’s better to just walk away.”

At the same time, Grimm has more tools at her disposal when it comes to developing her own leadership style.

“I’ve learned that simply being more open and vulnerable with people and showing where I have difficulties drives better results." 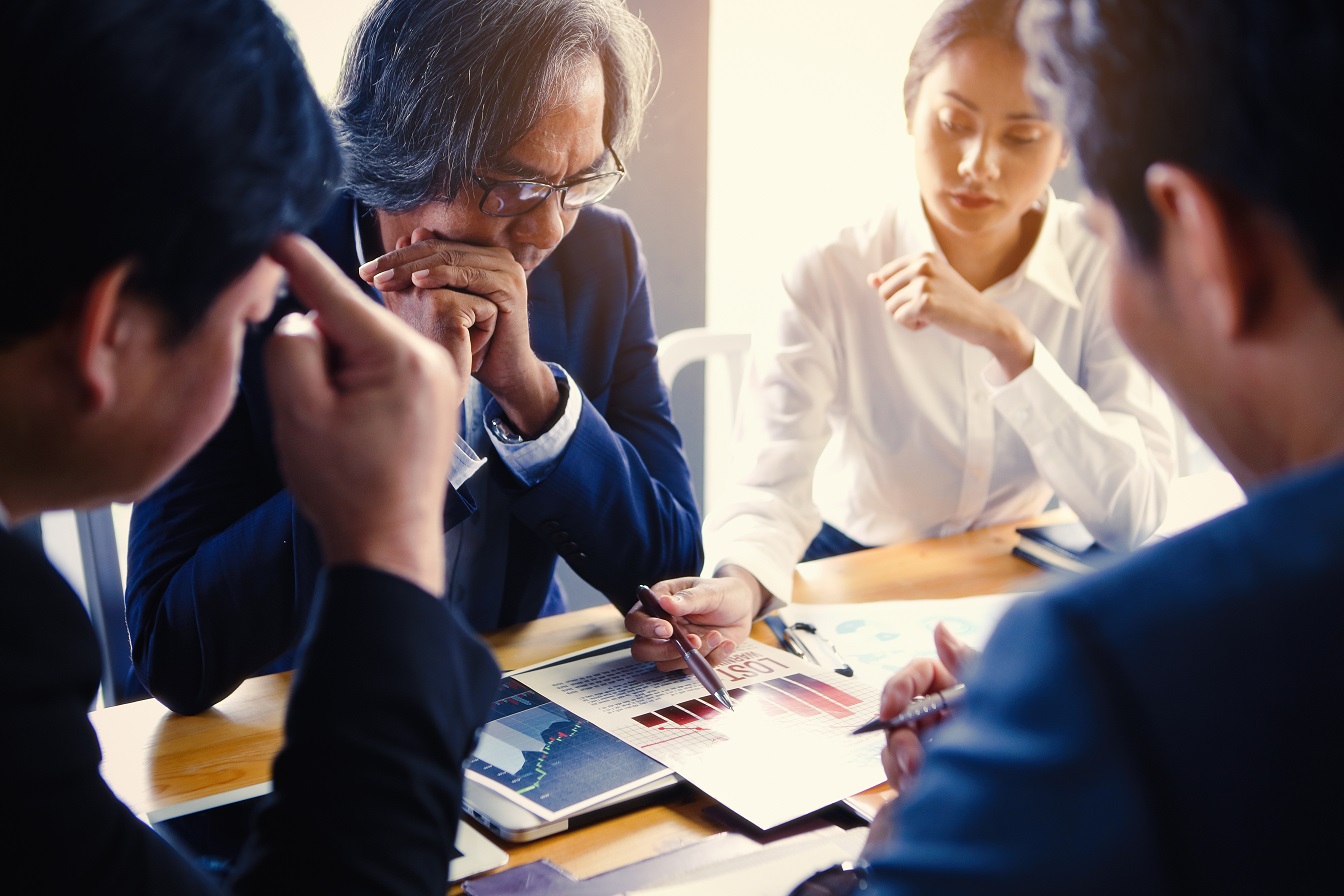 The EMC also explores the positive impact leaders of large, more established organisations can make when they work collaboratively, looping employees into decision-making early on to create strong buy-in for change agendas. That’s something alum Otto Jager (EMC’20) put into practice recently when his company embarked on a substantial internal transformation that included both organisational and cultural aspects.

Jager is Chief Financial Officer at TenneT, which owns and operates high-voltage grid systems in the Netherlands and Germany. “Participating in the EMC helped me understand that creating an environment where individuals feel valued and empowered to contribute can accelerate change, even in very large and complex organisations such as my own,” he says.

"So, when our senior leadership team drew up a plan for our reorganisation, we thought hard about how we could apply these concepts with our management and across the company. It turned out to be a very effective piece of strategic foresight and helped set our organisation up for success as the transformation unfolded.”

Jager has subsequently adopted other EMC concepts as well. “I’ve introduced a check-in process at board and other management meetings, where people share what’s on their minds before getting down to the agenda. It’s a small thing, but it’s proved a powerful way to create a more empathetic dynamic between people, which can hugely facilitate tackling more complex business issues later on.” 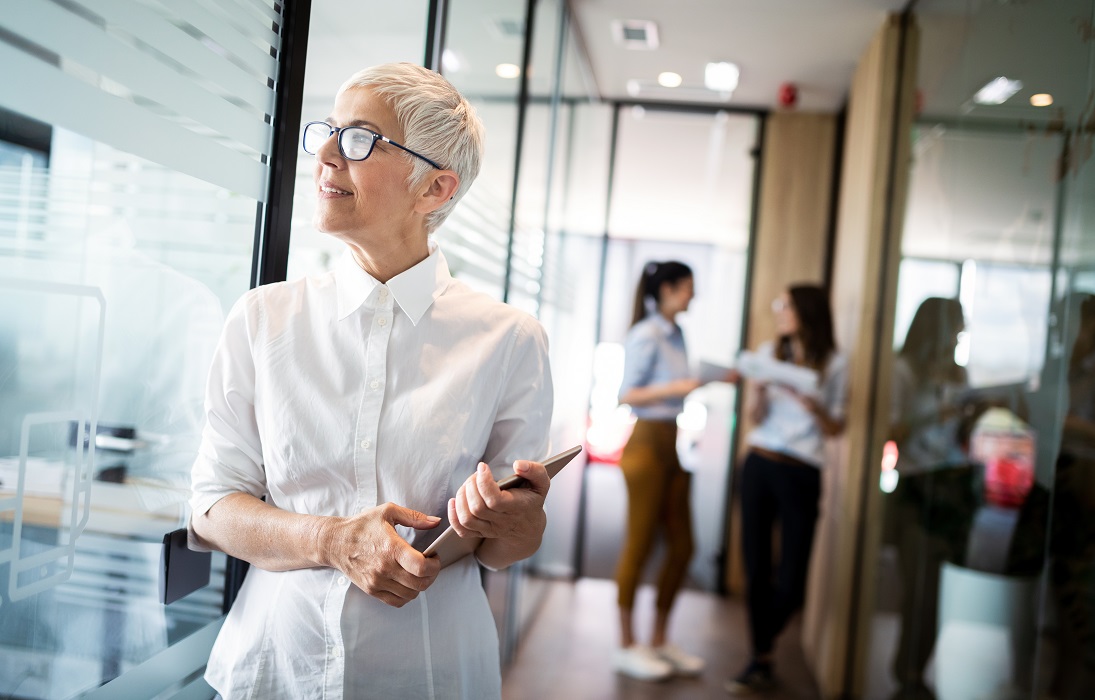 4. Overcoming fears to lead with courage

It’s an aspect that past participant Lola Chetti (EMC’14) found particularly rewarding. “It transformed my approach,” she says.

“My whole practice improved as a result.”

Chetti is a change consultant and executive coach who focuses on leadership development. She also helps companies design and implement organisational changes. “I had completed a few diplomas in coaching and substantial training in leadership development before I joined the programme, but intuitively felt there was a blind spot with the standard approaches when it came to understanding human behaviour,” she says.

“The EMC’s focus on psychodynamics turned out to be exactly what I needed. It helped me become so much more aware of my own behavioural triggers and stumbling blocks, which in turn meant I could better understand the behaviour of others. It transformed my confidence levels. It also changed the way I coach, putting me in a stronger position to invite my clients to make positive changes in the way they lead.”

In her coaching practice, Chetti now takes time to create a safe, transitional space for her clients where they can confront issues as they develop their leadership skills.

“We might look at past and present fears, for instance, how these can influence decision-making and how they can be overcome,” she says. “Based on my EMC experiences, I’ve even created a coaching course that focuses on just that aspect – how to lead with courage.”

As each of these alumni discovered, the EMC journey starts with taking steps to understand one’s own behaviour. That means every individual learning journey on the programme is unique.

At the same time, all participants shares something in common: the ability to use the insights they glean to become reflective and impactful change agents in their personal and professional environments.

If you are considering to apply for the Executive Master in Change, please contact us to discuss your profile and the programme content in more detail.