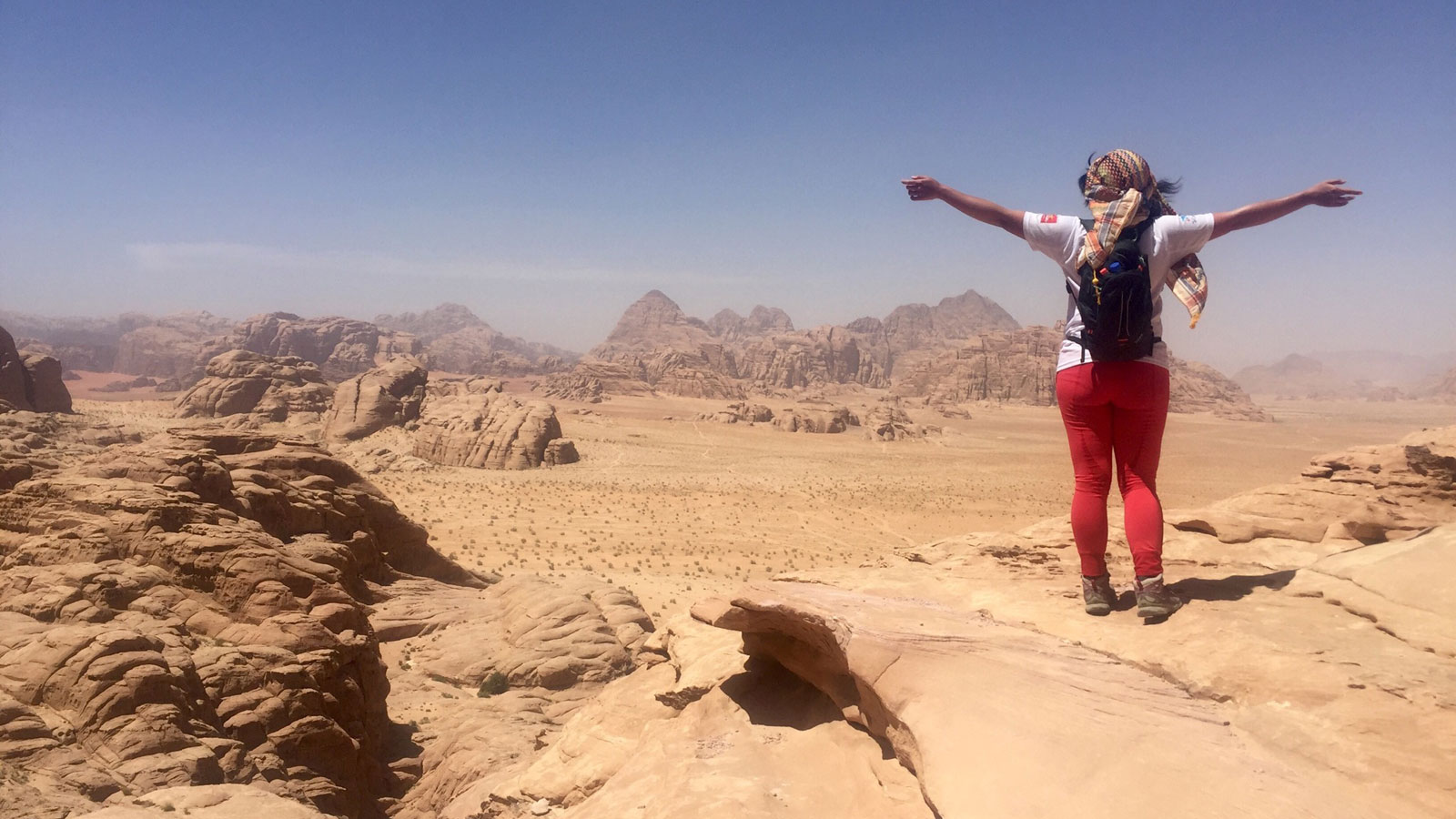 Considered the most intense of the five periods, my classmates and I in Fontainebleau found P2 especially challenging given the weather conditions in France. It was already almost May and we had barely seen the sun! So, to escape the French countryside and dreary weather, I offered to organize a trip for a group of 11 of my classmates to take them to Jordan in between studying for classes such as Management Accounting and Strategy. I saw this as an opportunity to introduce my classmates to my country and the Middle East that they hadn't seen on CNN. Prior to May, none of them had ever been to the Arab World. 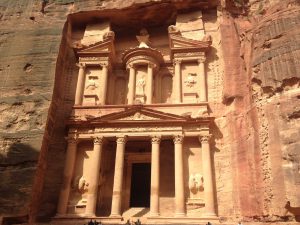 After the marathon that was our Corporate Financial Policy exam, we sprinted out of the Amphitheatre to say goodbye to our Singapore-bound classmates and enjoy a quick meal before sprinting to our cars and taking off to Charles De Gaulle airport to catch our early evening flight to Amman (via Rome). 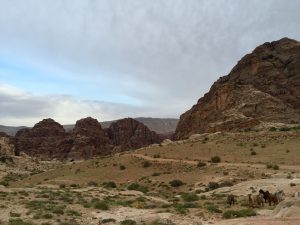 We arrived in Jordan at approximately 3AM local time and managed to find our baggage and meet our guide, Fouad. Unfortunately for us there was no time for rest that night, as we filled the bus with our bags and headed south into the night to begin our four-hour drive to Petra.  As we approached the city of Wadi Musa at sunrise, the geography began to transform from flat, dusty desert to hills covered in green olive trees. 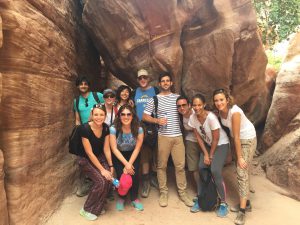 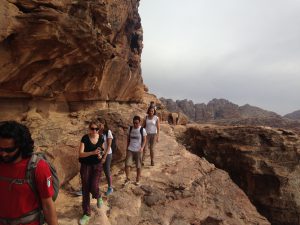 Tired but determined, we filled our bags with water and snacks and began hiking to the most well-known site within Petra to begin our day, the Treasury. Throughout the day we learned about the ancient inhabitants of the city, the Nabateans, while twisting through the red hills and valleys to witness beautiful ruins, scenic views, and even catch a few glimpses of blue lizards. Little did we know when we disembarked from the bus that our hike would take roughly ten hours, and return us back to our campsite.  We concluded the day with well-deserved hot showers and a famous Jordanian-Palestinian dish called “Makloobeh”, meaning “upside down”, a large platter of rice cooked with eggplant, tomatoes, chicken, pine nuts, and spices. 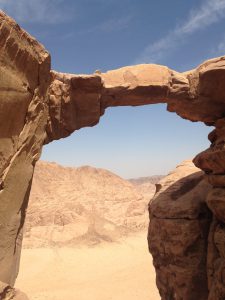 The next day was another early start with our journey continuing further south to Wadi Rum, the famous Jordanian desert where a number of films including Indiana Jones and, more recently, Transformers were filmed.  After a one-hour jeep tour, we spent several hours climbing a rocky mountain, peaking at a naturally formed rock bridge with an incredible view of the desert.  After climbing back down we took the jeeps to a rocky ledge near our campsite where we watched the desert sunset. 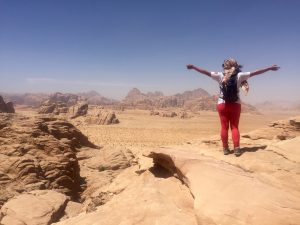 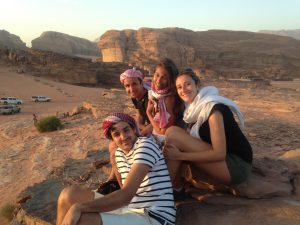 The following day, we drove back north towards central-western Jordan to hike through two separate valleys, both which are canyons with rivers flowing through them.  After hiking through Wadi al Hasa, we made our way about an hour further north and donned life vests to take on Wadi Mujib, the “Grand Canyon of Jordan”.  With a warm, blue river flowing through it, we hiked across rocks, swam through pools, and climbed ropes for an hour to reach a beautiful waterfall where we explored a cave and swam.  After swimming and climbing our way back, we boarded the bus one last time for a thirty-minute drive to our hotel on the Dead Sea.

Our last two days were spent as many of our classmates spent the entire week: lying on a beach or next to a pool and relaxing.  It was the first time at the Dead Sea for all of my friends, so they were quick to try covering themselves in the famous Dead Sea mud, and soak in the salty, mineral rich water.  On our last day, the group squeezed in a short trip to Amman where they tried the most traditional Jordanian dish, mansaf. Served in a similar style to Makloubeh, the rice is covered in pine nuts and large chunks of meat and then covered in cooked, spiced yoghurt. 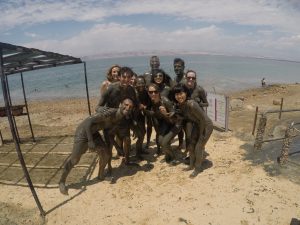 While we had an incredible experience, there are always plenty of options during breaks.  Many of our classmates traveled in groups throughout Europe, to Morocco, Egypt, and even South America. Others chose to use the time to visit their families, or even stay in Fontainebleau and relax after weeks of hectic MBA life. Regardless of how you spend your vacations during your MBA, I strongly recommend giving yourself at least a day or two to rest before the following period begins!

Rayan is a Palestinian-American member of the Class of December 2016 with experience in strategy consulting and venture capital. He has lived across the United States and Middle East. Prior to the start of the MBA programme, Rayan spent over a year volunteering with Gaza Sky Geeks, the first and only startup accelerator in Gaza. He endeavours to continue supporting the development of technology entrepreneurship and education in the Middle East after INSEAD.