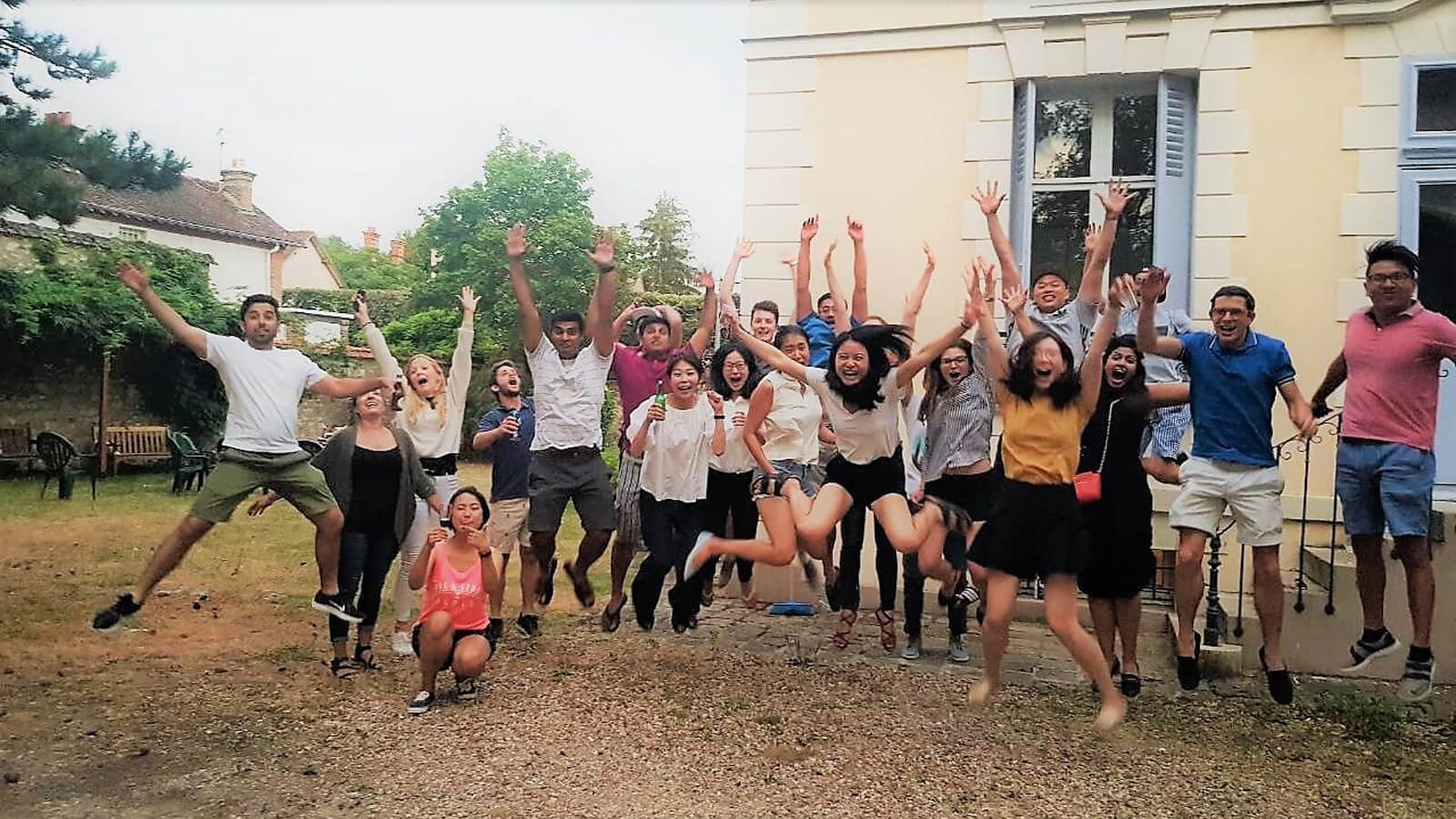 Coming from jobs that got us to INSEAD - M&A investment banking for me -, I wanted to spend time travelling, meeting family and friends, or just relaxing before all the excitement started.

But the exit language is a strict graduation requirement!

Options were to study French (my choice of exit language) in London while I worked either at Alliance Française or on my own, take classes at INSEAD in P1-P3 or attend the intensive language programme prior to the start of P1 in either campus.

Reluctantly, I chose to attend the intensive language programme in Fonty. But hey, what better way to learn French, than in France, with 25 smart people, enjoying cheese and sipping “le vin rouge”.

On my bus ride to Fontainebleau, I could already feel the INSEAD warmth. The bus driver offered me a free ride, a fellow passenger helped with my suitcase and INSEAD’s staffer, back from his holidays, gave me quick tips to enjoy the sunny French summer!

I was welcomed into my beautiful 1-bedroom house by my very charming landlord and introduced to the co-habitants. It was diversity at its max - Lucky (the dog), Maggy (the cat), and two hens. While I loved the house, my co-habitants are scared me!

I woke up nice and 26-degrees bright the next day. I made my way to the INSEAD campus early to get my caffeine fix, buy the course books from footnote (INSEAD’s bookshop) and just take a moment to soak in that I’m finally here, at INSEAD.

The lectures were very comprehensive, and the teacher worked with us on vocabulary, grammar, and pronunciations.

But the most important lesson was the one on French culture and nuances. It helped us order correct food, correct wine, and correct desserts, almost 99% of the time!

In our first coffee break, everyone met and introduced themselves, in English this time. Not the French introductions in class, which I doubt anyone understood! The Spanish group even had Spanish names: Andy became Antonio, Beverley was Carmen, Kelsey became Lola, Andrew was Andres and Gurdeep became Pepe. And this is how we started 21 amazing days, which I hadn’t experienced in a long time…

…We had lunches together, sometimes the French way - baguettes, cheese, wine and fruits. We experienced France win the FIFA world cup in the school, at the bar “Le Glasgow”, and on the streets. And yes, it was an experience! The whole town was on the streets, "Allez le Bleus" everywhere.

And just like that, we bid our goodbyes, with a promise to meet again in a month or 4 (P3).

I was able to do everything that I wanted to for this month and even better. I travelled but also experienced living in a French town. I met interesting people and made long term friends. I relaxed, with absorbing conversations under the trees along the canal. In a nutshell, these three weeks were an enriching segue into the 10-month roller coaster ride that INSEAD is going to be!

Before joining INSEAD, Nitya was working in Healthcare M&A space for a Japanese investment bank in London. Indian born, Nitya holds a Masters in Economics and started her career working as a Debt Capital Markets banker. Working in a global financial capital appealed to her curious and outgoing nature, inspired her to explore 21 cities in Europe, and have piqued her desire to see more. When not in the office, she can be found watching theatre or exploring quaint coffee places. She loves to draw and sketch and believes there is some foregone beauty in everything.

2191
To Do or Not To Do: The Intensive Language Programme - That is the Question
MBA
Read the blog