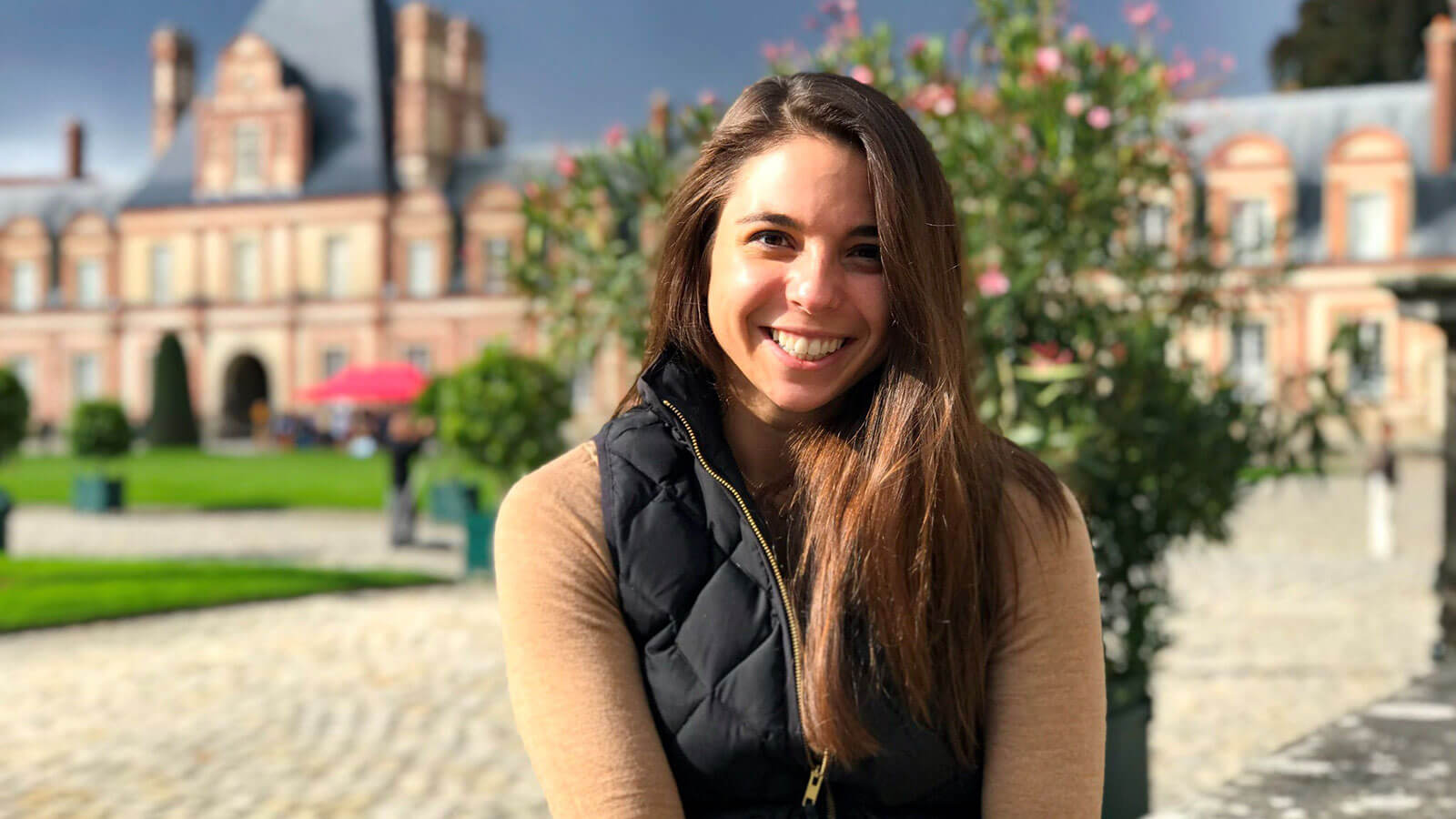 Tell me your story, Ann

The INSEAD Women in Business Club have launched a « Tell your story » initiative across both the Singapore and Fontainebleau campuses that aims to present the current INSEAD MBA female students’ inspirational life-stories. This is the story of Ann Alampi, MBA 18J.

Could you give us a brief introduction about yourself?

Hi! I’m Ann Alampi. I’m American and I grew up in Connecticut, studied at MIT, was a geology researcher in California and Spain, joined Bain & Company in Houston and transferred to London. I am extremely curious about the Earth, the dynamics that shape it and the implications on our lives. That is why I originally pursued scientific research but later, moved to consulting. There, I am at the forefront of the energy sector, developing Bain’s IP (shameless plug here), advising major energy companies and their investors. Climate change and sustainable business practices are increasingly important to executives, employees and customers for good reason: the world is shifting under our feet! I want to help drive the direction it moves in by enabling organisations to conserve the Earth’s resources while fuelling society’s growth.

A major highlight was voyaging to Antarctica with three of my Bain colleagues and 2041 ClimateForce. 2041 is an NGO that brings together leaders from diverse backgrounds (over 100 countries; professions spanning policy-making, the petroleum industry, education, scientific research and more) to inform, engage and inspire each other to work together and create a sustainable world. There, our little Bain team facilitated workshops for the group to think tactically about ways they can change their workplaces and communities. Meanwhile, we were surrounded by the natural beauty of the sea, icebergs, glaciers and wildlife of Antarctica to motivate us to mitigate the effects of climate change.

An ongoing challenge in my life is my struggle with chronic neck pain. At times, it makes me feel very fragile and vulnerable to have difficulty holding my own head up. But from this, I have built an appreciation for the importance of self-care and cultivating strength. I used to have an extremely limited range-of-motion in my neck and now, through a dedicated practice of yoga, I can move my neck normally. I didn’t used to pay enough attention to how my actions impact my body. Now I am very conscious of how sedentary vs. active I am, my posture and my sleep quality. It is not easy to optimise for all of these factors in the workplace but I’ll definitely strive to do so for both myself and my teams.

Did you encounter stereotypical behaviours in your environment while growing up or in your career? If yes, could you elaborate?

As a geology student and a consultant for energy/industrial/financial clients, I have studied and worked in many traditionally male-dominated environments. There, I have encountered many women (peers and role models alike), but we are still a minority.

It is still very much a novelty to be a high-achieving woman in these analytical/technical sectors.

For example, during a due diligence for a private equity client, I was interviewing an oil industry expert. He was very blunt in his surprise that a woman was interviewing him and at first, I could sense that he was dumbing down his responses (while continually calling me “honey” and “sweetheart.”) So I made a complex comment using industry terminology and he was so taken aback that he voiced his surprise out loud: “Oh, you actually know what you’re talking about!” Establishing my credibility can feel like a little more of an uphill battle but, on the bright side, this has taught me to structure my thoughts and articulate them more effectively.

The most underrated skill is conscious, deep breathing.

This applies not only to managing external disagreements but also internal conflicts. If I don’t have that luxury, for example when I disagree with someone at work and I want to resolve the conflict in the most productive way possible, I still pause even for a moment to close my eyes and breathe before engaging in conflict.

So many incredible people have given me advice that I think back on all the time. It was hard enough to narrow it down to these three, so I’m not going to pick just one:

At Bain, many of my mentors had MBAs from top-10 programs and it was very much the norm to pursue one at my tenure. Even before I started working, they told me about the value of the experience and started pitching their alma maters. But never were they so persuasive as one colleague who was an INSEAD 15J. He had so many stories to tell and was so energised by telling me about his experience.

When I learned I’d been admitted, I didn’t hesitate to enroll. I couldn’t wait for the opportunity to learn from, surround myself with and travel alongside so many inspirational people from all over the world.

If you had to name one take-away or lesson learnt from INSEAD, what would it be?

Home is a mindset, not a place. I have lived in four countries in the past 14 months and they all felt like home because of my openness to the change and the deep relationships I am building everywhere. When I go back to London, it will be home. But meanwhile, I’ll have a home in the dozens of countries that everyone goes to because there will be incredible alumni all over the world who will welcome me with open arms. And even after graduation, the adventure can continue by staying connected and mobile.

Benjamin Franklin. He played such a critical role in world history – it was through the alliance he built between the American colonies and the French that America won the Revolutionary War. He was actually the original pick for first president and he turned it George Washington’s way because he knew it was time for younger leadership. He had such an impact because he was masterful at negotiation and diplomacy. Also, within the US, he promoted tolerance of all religions and world views, managing to bridge groups that typically clashed. Famously, his funeral procession was a massive parade of people of all colours and creeds. I would want to know how he managed to relate so effectively with so many very different cultures and what his advice would be to mitigate the xenophobia and conflict that plagues society today.

These days, America and many other places could use another Ben Franklin to foster unity and acceptance.

Could you name one book that had an impact on you?

Difficult Conversations: How to Discuss What Matters Most. This is a hidden treasure masquerading as a negotiation textbook. It is applicable not only to business situations but also to personal life and it has a brilliant framework that helps me understand a) how to have the right conversations and b) so much of what goes on below the surface. The main thesis is that conversations that happen out loud often only cover a very small part of what matters.

We try to delay talking about the hardest but most important things because they are emotionally charged and we worry what they will do to our relationships. Then eventually when we start a tough conversation, we tend to launch into monologues instead of dialogues.

So this book taught me that whenever I hesitate to say or ask something that feels important but challenging, I shouldn’t shy away. Instead, I should be thoughtful in my approach, strive to understand the other person and ask lots of questions.

The fleeting moment when I feel satisfied and complacent before I realize that it’s time for the next challenge! It’s not one target that I’ll hit someday and then be done. Rather, it’s a frequent sense of accomplishment that keeps moving me forward.

Tell me your story, Christy
MBA
Read the blog