An Imperative for Female Leadership

At INSEAD, there are more women than ever before. Female participation on the MBA programme has increased sustantially over the past few years. But we want to take it much higher.

We are funding our own scholarships for women, working with organisations like the Forté Foundation and supporting our own thriving student club: INSEAD Women in Business.

Most important of all, we are aiming to help close the gender gap in business through research. Former INSEAD professor Herminia Ibarra, one of the world’s leading thinkers in this field, provides further insights.

Why is closing the gender gap an urgent issue?

You only have to look at the facts. In the developed world, just 14 to 16% of board members are women — and it’s lower than 5% in several European countries.

t the same time, women represent about 60% of graduates and are entering the workforce in equal proportions to men. But the higher you look, the lower the numbers get. The worst thing is that this isn’t changing. The numbers have been flatlining for years.

Some people might say, we have more important things to worry about right now. For example, the state of the global economy.

For the sake of economic growth, stronger governance, and better decision-making — all the research shows that we need more women leaders. The business case is clear. Closing the gender gap is both important and urgent. 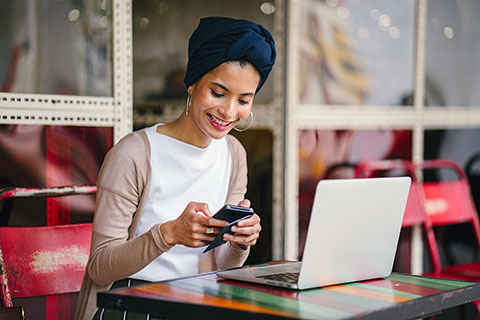 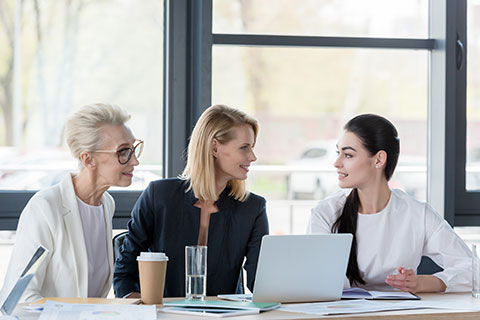 Does your research reveal anything that can help us all to close the gap?

First, it shows that women don’t get channelled into the jobs that lead to the top. They tend to go into HR or Communications.

Second, my research shows that mentoring is key, but that men have traditionally found mentors with power and influence, while women find mentors who can help them to think about ways of doing things better.

Third, the research shows that there’s a major issue about the way women are perceived. They’re either viewed as too aggressive or not aggressive enough! I think there are lessons for both individual women and organisations in those three findings.

Can you pick out one piece of advice for female MBA students, based on the research?

The issue of perceptions is an interesting one. I’d advise women not to get stuck in a double bind where they lose their authenticity. Do it your own way, but not naively!

Or, as Christine Lagarde, Head of the International Monetary Fund and former French Finance Minister, put it during a panel I chaired for the World Economic Forum: “Dare the difference and speak about it.”

Are you optimistic about the future of women in business?

Yes, I see a will to change that’s new and a greater sense of urgency. Women at the top are speaking up. People like Sheryl Sandberg, COO and Board Member of Facebook (who was also on my panel at Davos), are calling for a more open discussion of gender stereotypes and organisations as well are urging women to take a seat at the table.

There are great developments in unexpected places like the Middle East, while in Europe we now have quotas for women on boards. Here at INSEAD, we’ve been helping to create a global list of board-ready women. Today, I feel as if my research about the gender gap is finally part of a worldwide momentum for change.